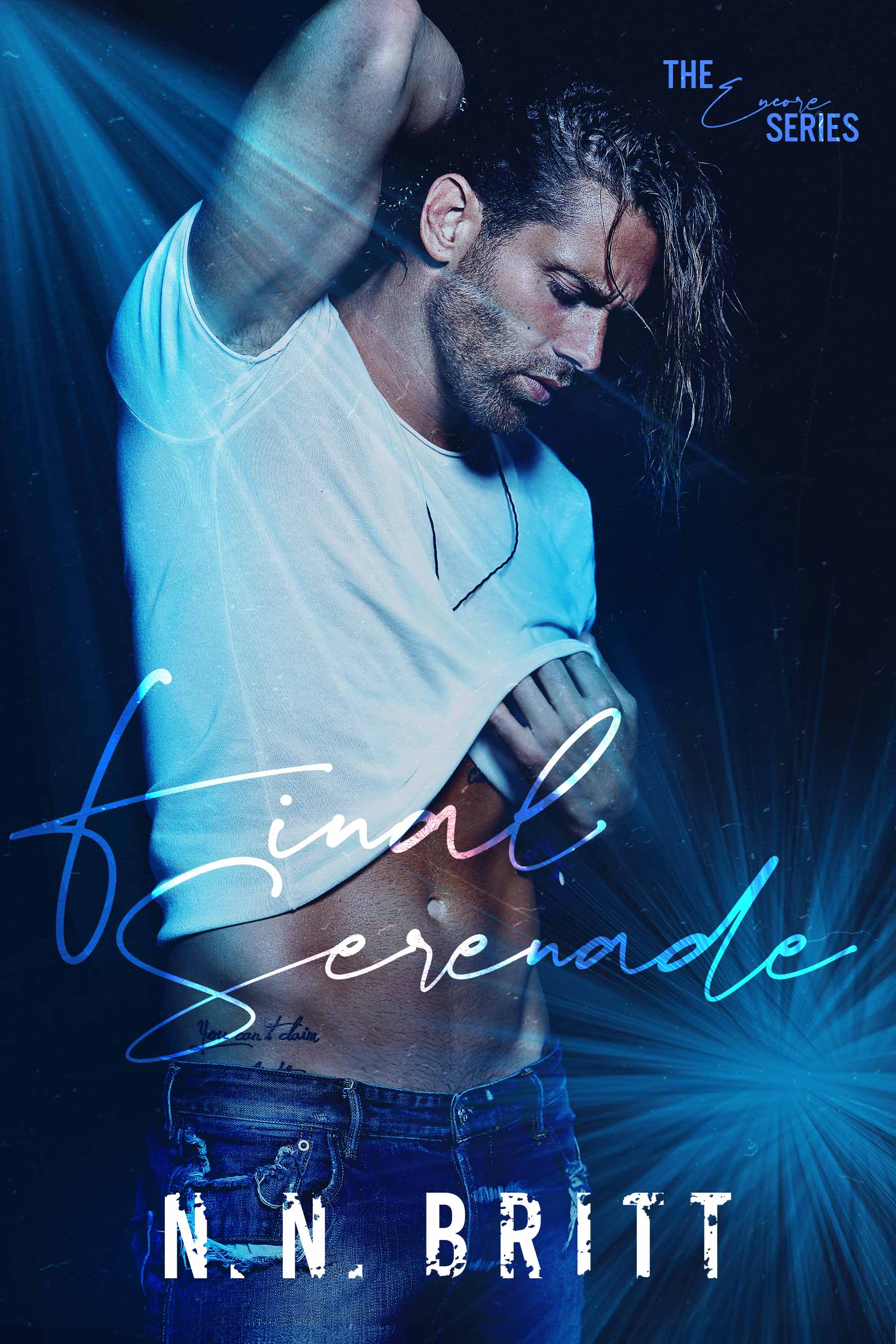 A secret affair with your teenage celebrity crush? Yes, please!

Music journalist Cassy Evans believes her career is made when she snags an exclusive interview with rock singer Frankie Blade.

Once a superstar of the generation, Frankie has been a recluse since a freak motorcycle incident sent his own career into a tailspin seven years ago. Now that he’s returned to claim back his crown, Cassy hopes to kill two birds with one stone—secure her magazine a top spot in the rankings and meet with the man of her adolescent dreams.

A dinner invitation isn’t what she expects to get out of this interview, but the chemistry between them is undeniable.

With paparazzi watching Frankie’s every move as the two jump into a stormy relationship, Cassy risks her professional reputation and her privacy—and possibly her heart—to be with the biggest rock star on the planet.

But is Frankie worth it? Is he the humble man she thinks he is or is he just that good at hiding his demons?

Final Serenade is the first installment in “The Encore” series and part one of Cassy and Frankie’s story, which concludes in One Last Verse.

Frankie and Cassy return as supporting characters in books three and four, where you will follow Dante on his journey. 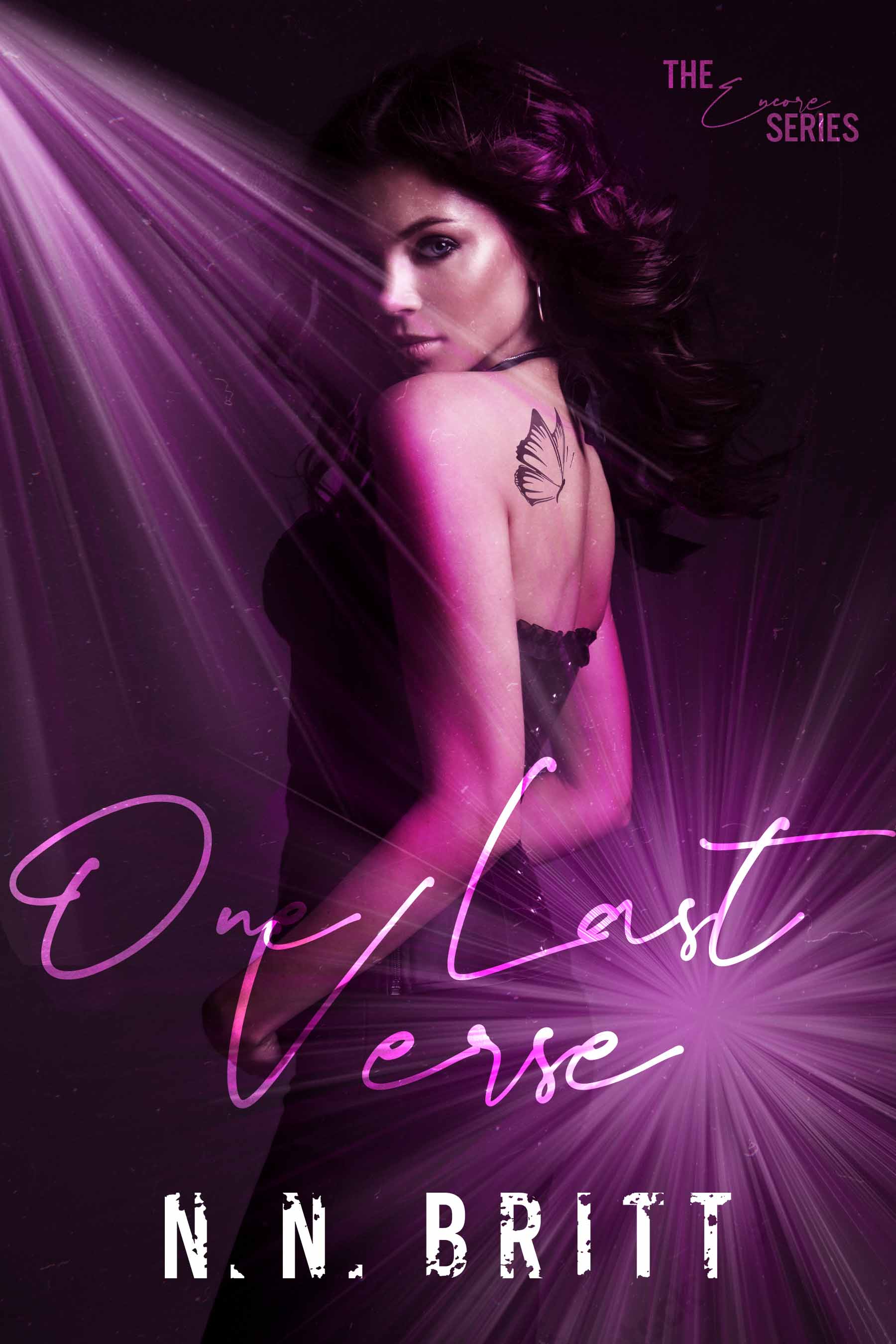 Promises will be broken. Love will be tested.

Cassy Evans knows a thing or two about secrets. By juggling work and a hidden relationship with the world’s biggest rock star for months, she’s become an expert.

However, being with Frank comes at a price. Seven years after the accident that almost ended everything, his trauma still haunts him. Determined to get back on stage, the man known to the world as Frankie Blade would do anything to ensure the success of his band’s reunion. But when one rash decision puts his entire career on the line, it’s not clear if he can recover from it.

As Frank spirals out of control, pushing Cassy away, she has to face the reality of what they’ve become. He’s harder to love than she imagined. Her common sense tells her severing all ties with him is the right choice.

Problem is, she can’t leave without her heart. And Frank doesn’t want to give it back.

One Last Verse is the conclusion of Frankie and Cassy’s story. It should be read after Final Serenade. 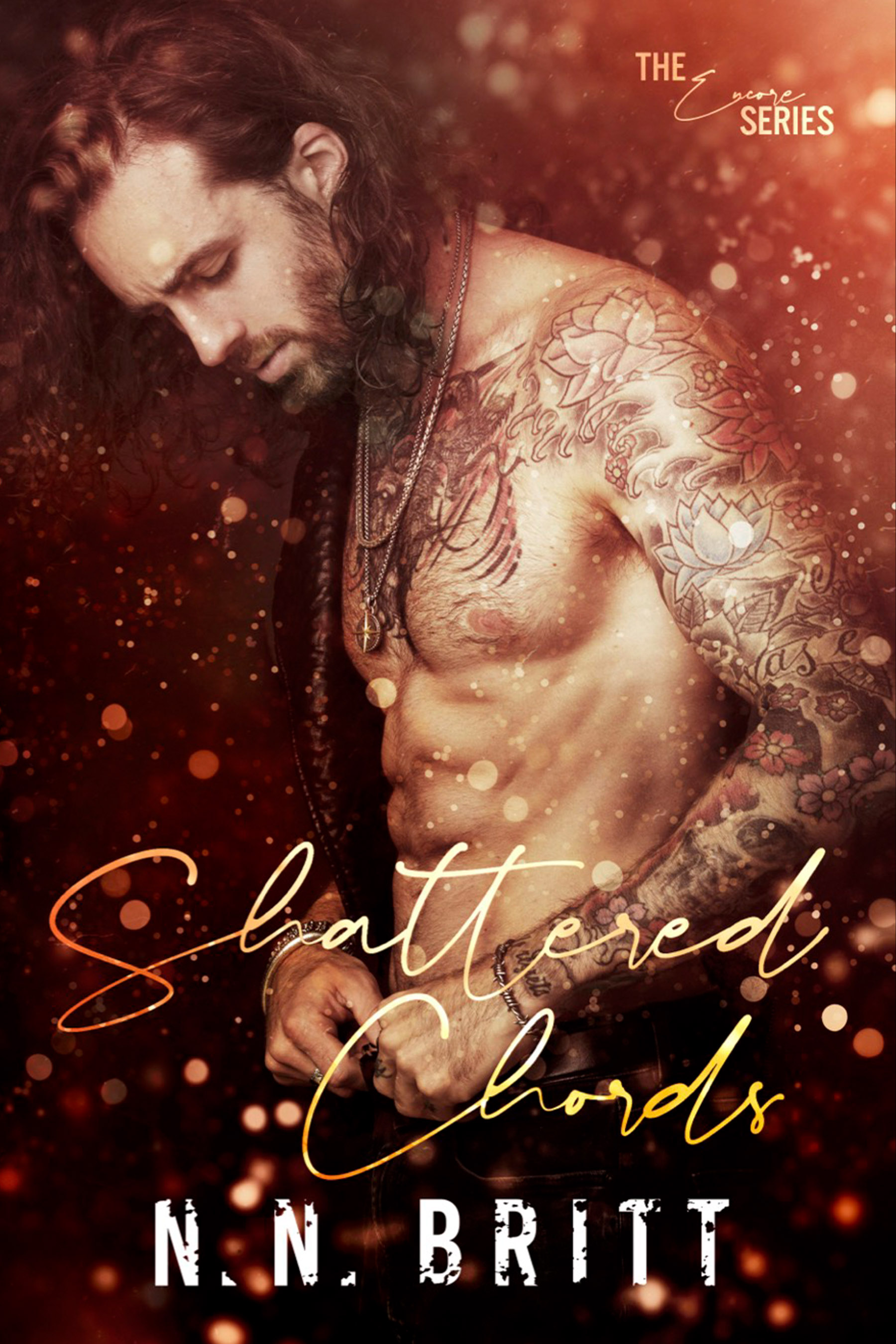 He’s hurt a lot of people.

She’s his last chance at redemption.

World-renowned guitarist and hard rock’s own Casanova, Dante Martinez, knows about reaping what he’s sown. Nearing forty and faced with serious health problems resulting from decades of alcohol and drug abuse, Dante is forced to put his career on hold. He spends his days in therapy, at AA meetings, and consumed by a new hobby—learning how to cook. Women are not part of his rehabilitation plan.

At thirty-four, Camille Rockwell thinks she has it all figured out. As a successful businesswoman and a busy single mom, she swore off men years ago and isn’t looking for a relationship. That is, until reformed bad boy rock star Dante Martinez buys her fifteen-year-old daughter an expensive gift at a local guitar shop and offers to be her tutor.

Dante’s instantly smitten with the feisty, overprotective redhead. And although Camille is feeling things she never thought she’d feel again, she doesn’t want the complications that come with a man like Dante, nor can she afford to have her daughter get hurt. Only, Dante isn’t ready to give up until he’s done everything he can to win Camille over.

Will Camille be able to resist Dante’s charm or will she fall under his spell and let him turn her quiet, idyllic life upside down?

Shattered Chords is the third installment of “The Encore” series and covers the first part of Dante’s story, which concludes in the following book—Red Hot Harmony. Shattered Chords and Red Hot Harmony can be read as a separate duet, but it’s recommended to start the series with Final Serenade. 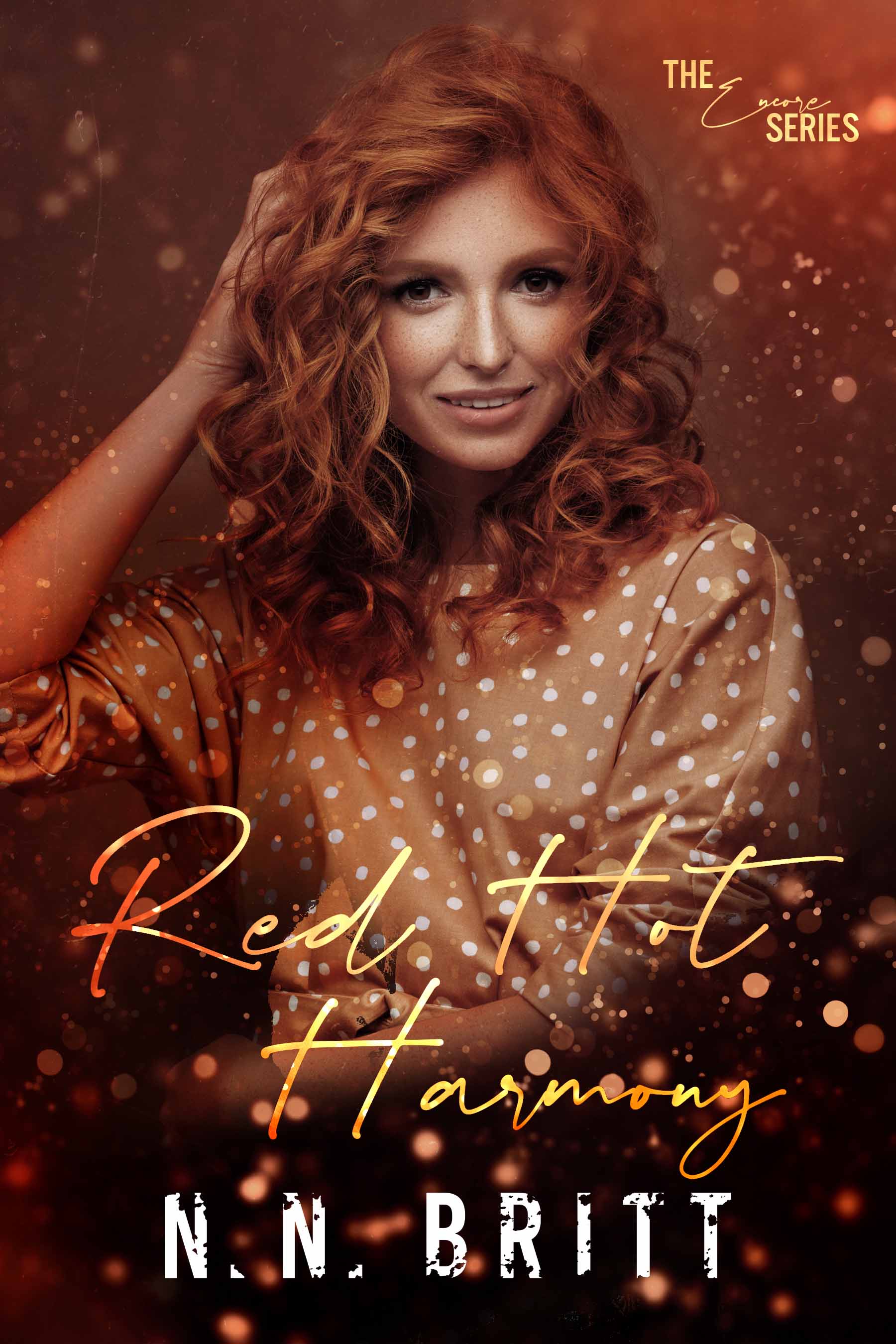 He got the girl.

But can he keep her?

For once, Dante Martinez fought and won. Now that he and Camille are a couple, his personal life is looking up. But his career? Not so much. Especially in light of the upcoming legal battle he and his former bandmate and one-time nemesis, Frankie Blade, are preparing for. On top of that, his houseguest, Malik, is a ticking time bomb.

Thrust into the spotlight as Dante’s new girlfriend, Camille is slowly finding her footing in his strange world. However, she still has other problems to deal with. Her teenage daughter is rebelling and keeping secrets, and the thought of introducing Dante to her conservative, and quite judgmental, parents fills Camille with dread.

The impending lawsuit and Dante's unlikely alliance with Frankie not only draws unwanted attention from the press but also unravels some of the demons he thought he’d buried. As tension in his life mounts, Dante is pulled in too many directions, and when unexpected tragedy strikes and Camille’s worst fears come true, he’s not there when she needs him most.

Can Camille and Dante build a trusting relationship or will their insecurities destroy their chance of finding harmony?

Red Hot Harmony is the second part/conclusion of Dante’s story and should be read after Shattered Chords. 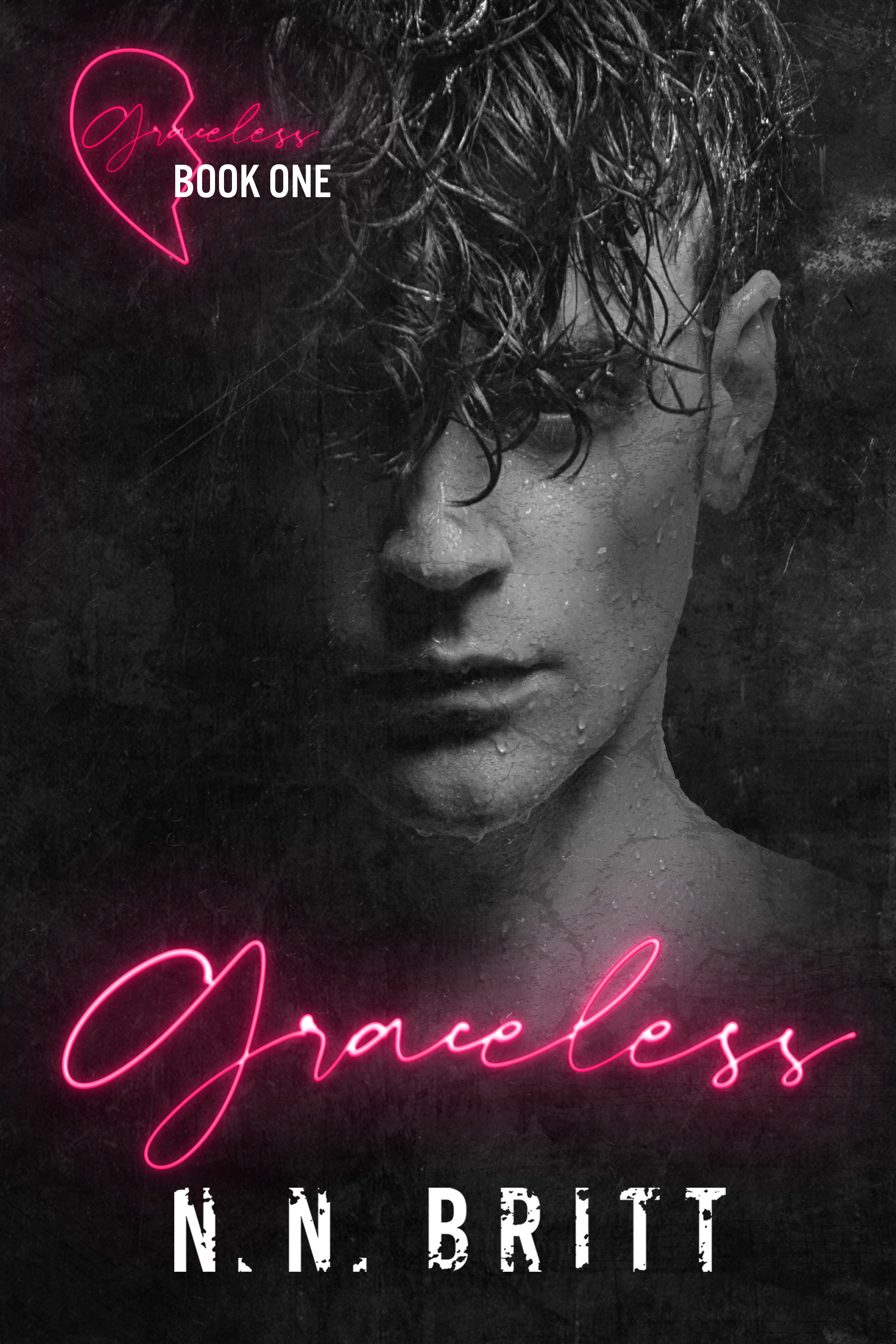 One young man with a secret that can damage a political career and his family’s reputation.

One superstar on the rise with a secret that can destroy the other man’s life.

Their fates shouldn’t have collided…

Except one of them takes matters into his own hands.

College student Dylan Watson has spent the past three years mourning the mysterious death of his beloved sister and hating her bandmate–he's convinced Iodine’s lead singer Kai Delisa had something to do with Ava’s "accident." When her old band unexpectedly signs a massive record deal with a major label, Dylan decides to do what he should have done years ago–find out exactly what happened that tragic night.

For an up-and-coming rock star, Kai isn't an easy man to track down. There's precious little info about him online, and what's there is more confusing than enlightening. But when Dylan’s and Kai's paths finally cross, the meeting triggers a chain of events that unravels Dylan’s life and shatters the cherished image of his sister.

What’s worse? Kai threatens the one secret Dylan has tried to hide since high school: he likes men. And despite years of hating Kai, their time together makes two things crystal clear. Dylan's attracted to him, and that attraction is mutual.

Torn between the dark past he can’t shake off and the uncertain future he might be able to have if he dares to give in to the allure of the intense chemistry he has with Kai, Dylan is now facing some hard choices. 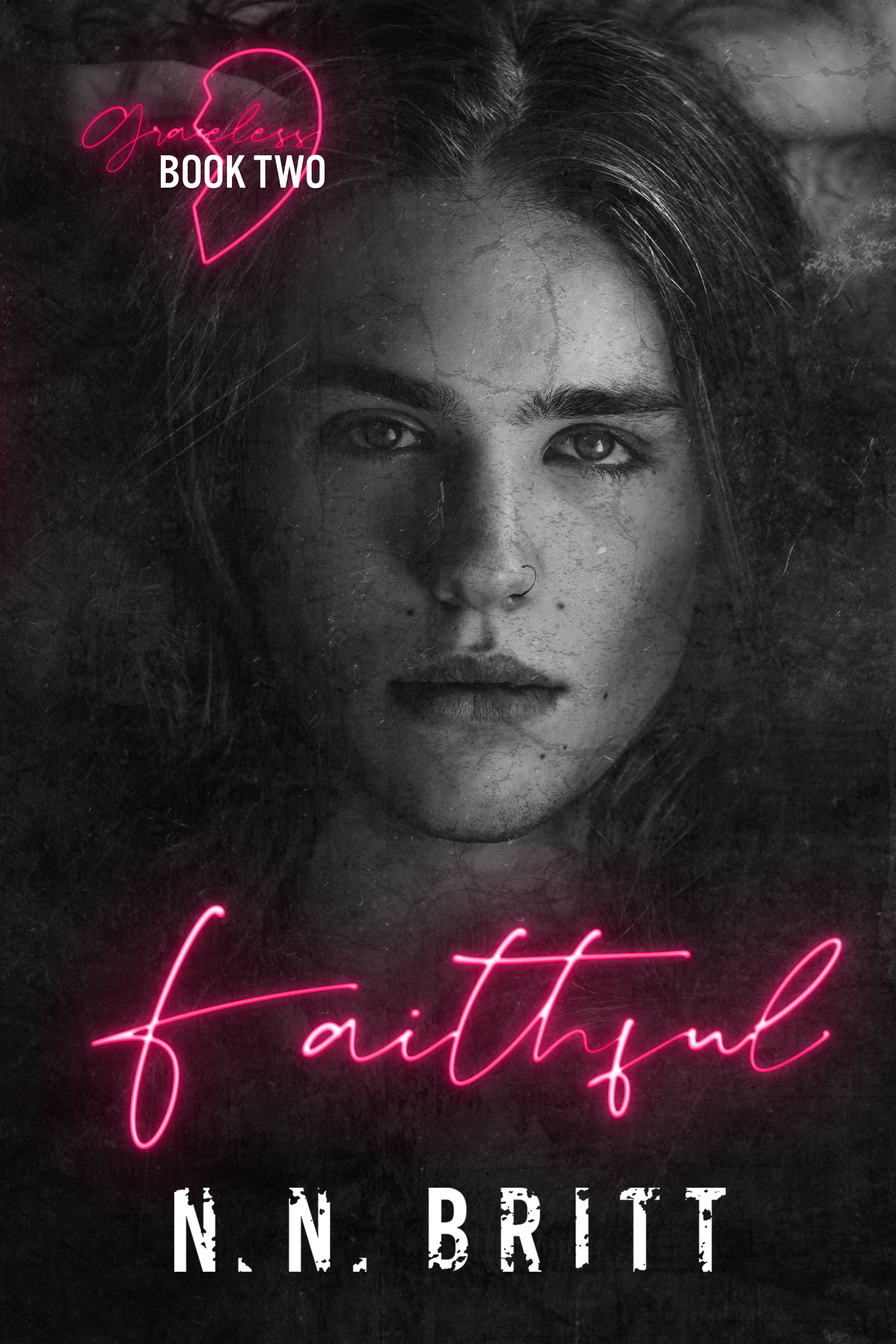 Ever since Iodine’s debut album propelled Kai to stardom, his every move is scrutinized on social media and in the tabloids. And after the recent scandal Kai has been dragged into, Dylan’s worst fears come true–Kai suggests putting their affair on pause. With Dylan closeted and Kai being the talk of the town, it's the smart thing to do.

It’s also harder than it seems.

Because neither of them is ready to let go. Kai breaks his own rules and reaches out to Dylan again and again. While they continue to indulge in late-night texts and calls, Dylan finally begins to slowly unravel the mystery behind Kai’s scars–the scars Kai refuses to talk about.

As Dylan comes to terms with the true nature of his feelings for Kai, and the two admit their relationship is more than a fling, Dylan's father takes an unexpected interest in his life. He could end Kai's career with a word.

Now Dylan must do the unthinkable–stand up to the man who's always terrified him, or risk losing the man he loves.

Faithful is the conclusion of Dylan and Kai’s story and should be read after Graceless. 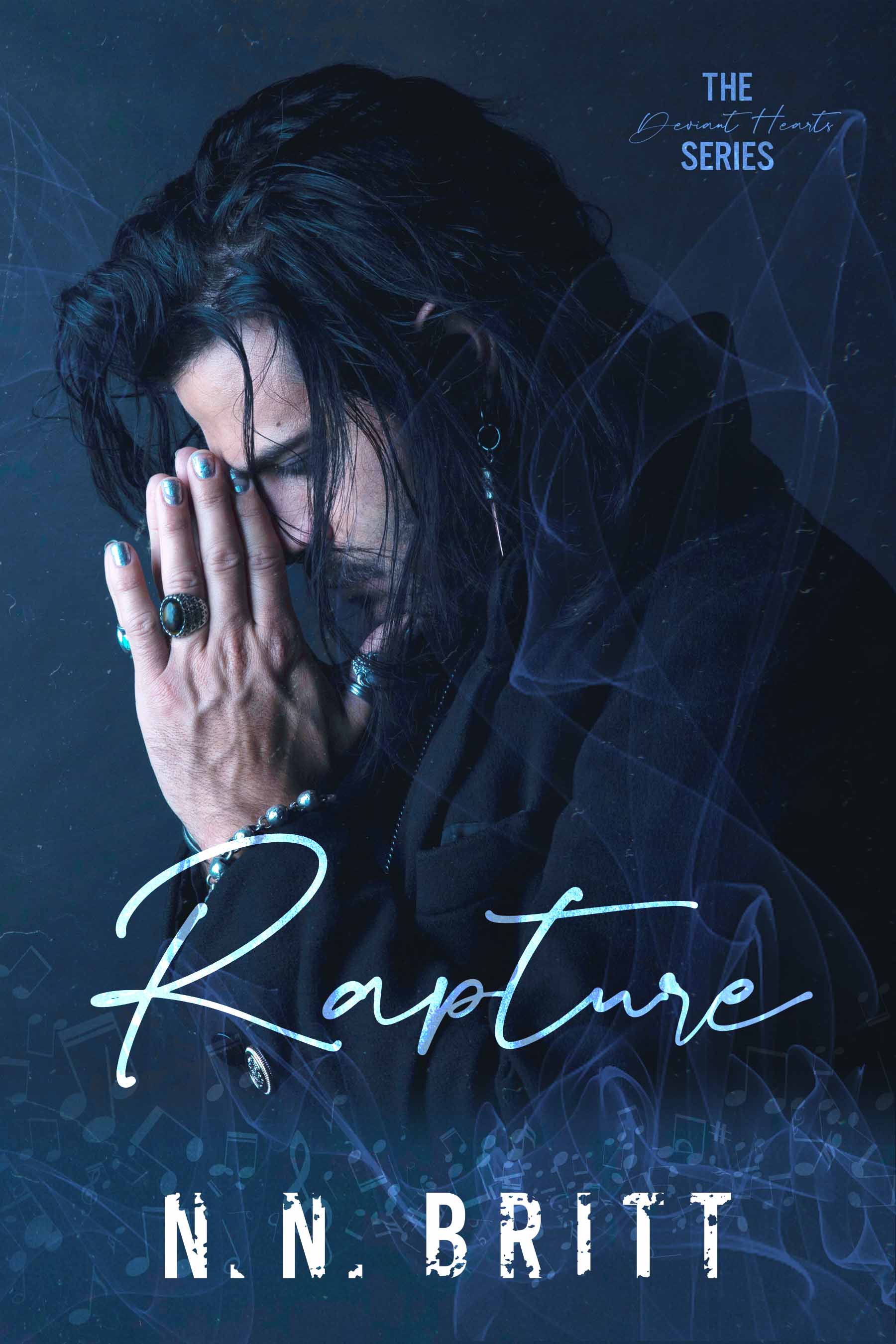 The only thing they have in common is a flashy tabloid headline.

Or so they think.

Running away from her tragedies and the demise of her marriage, Hazel Alexander retreats to a friend’s Lake Tahoe cabin with big plans to drown her memories in bottles of wine. Being dragged into someone else’s messy, high-profile divorce is not what she needs.

Especially if that someone else is Justice Cross, the frontman of the popular rock band The Deviant.

Born into a family of rock royalty, Justice lives his life fast and easy. When he comes across Hazel while at a local bar, his gallant attempt to get her home safely takes a complicated turn.

A PR nightmare forcing Justice and Hazel to spend time together triggers unexpected and intense feelings between the two.

With the constant attention of fans, haters, and press, now it’s up to Hazel and Justice whether they want to fight for their relationship or end it once and for all.

Rapture is an emotional rock star romance that can be read as standalone and covers a number of sensitive topics. Please see reviews for guidance. 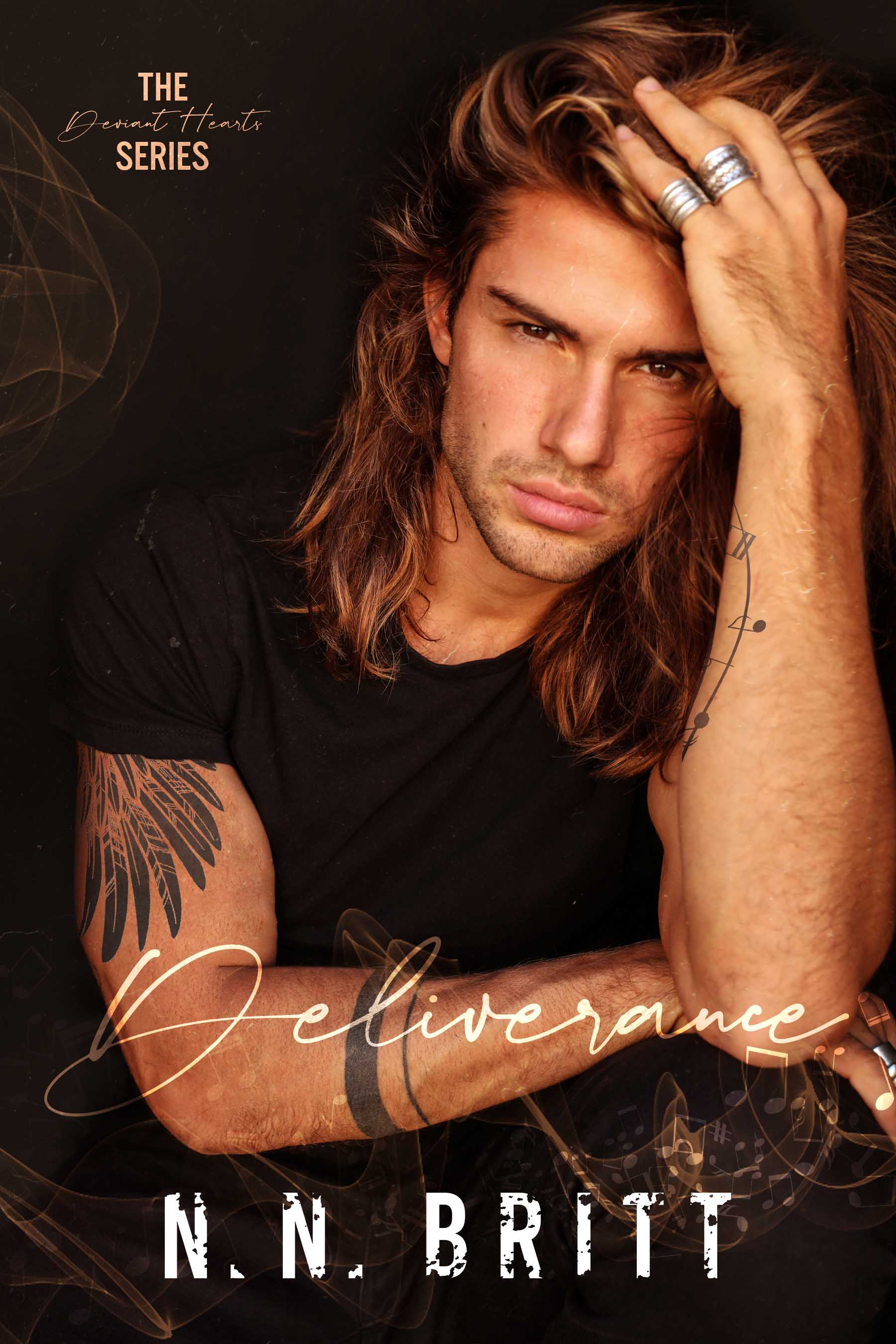 A famous drummer with time and money to burn.

A young artist on the cusp of international stardom.

A danger lurking in the shadows.

Powerhouse rocker Zander Shaw is The Deviant’s last single man standing. With the band on hiatus, he’s been globe-trotting and spending his hard-earned money on women, extreme sports, and partying. Los Angeles is only supposed to be a pit stop—track drums for infamous metalcore outfit Bleeding Faith and move on. Until a beautiful, mysterious woman gives him a good reason to stick around.

Up-and-coming artist Drew Kadence made L.A. her home a few years ago. Almost no one knows she’s on the run from a violent past. But when handsome drummer Zander enters her life and rattles all her defenses, she can’t deny the fact that their chemistry is through the roof. Problem is, she’s not sure she’s ready to dive into a relationship. Especially since her divorce isn’t finalized yet.

The more Drew gets to know Zander, the more she’s attracted to him. But Zander’s simple gig unravels his old demons, and Drew’s demons are gaining on her. Now they both have to face their fears.

Will love give them the strength to do it together or will they each have to do it alone?

***
Deliverance can be read as standalone, but for a more fulfilling experience and to better understand the world of The Deviant, it’s recommended to read Rapture first. 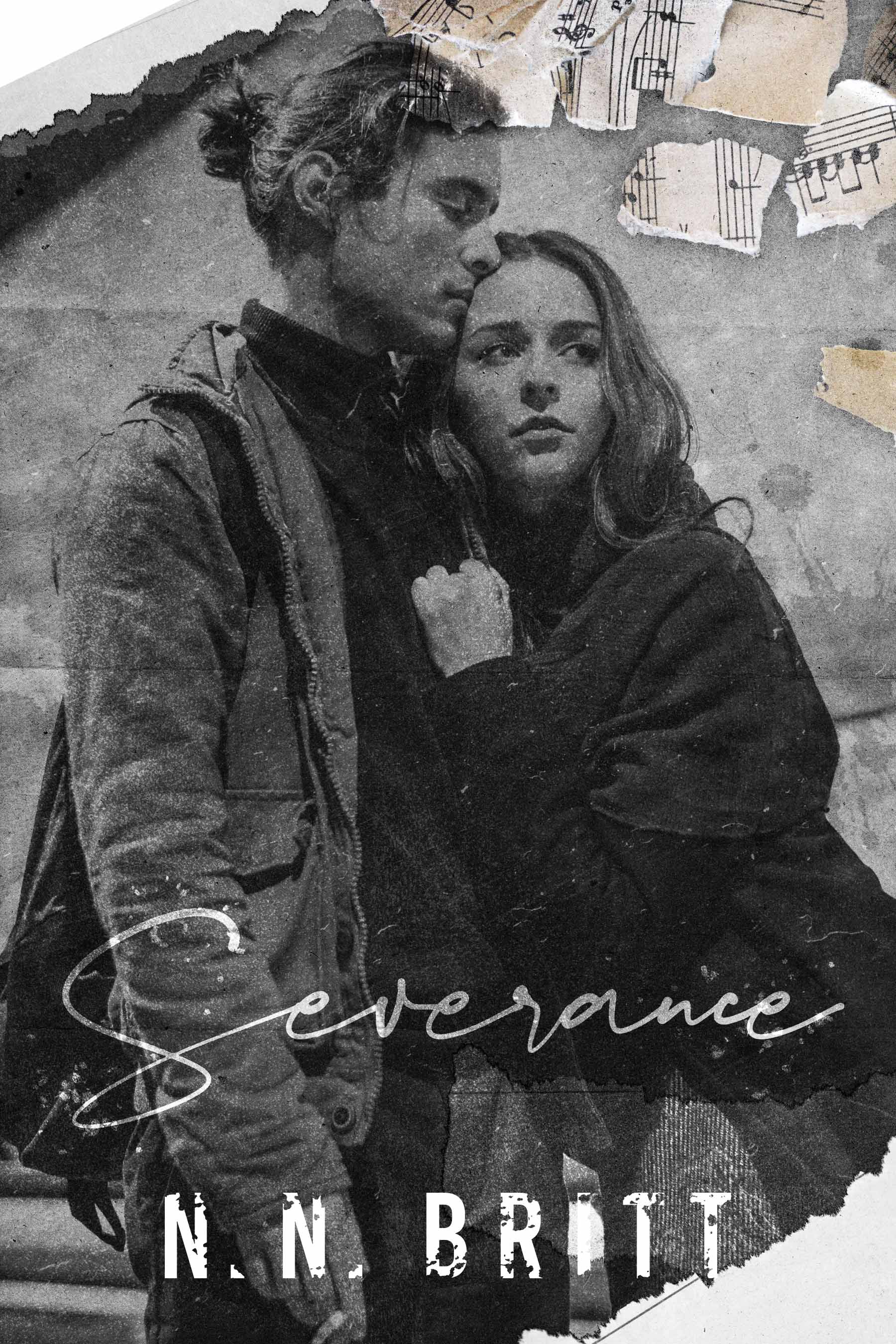 Crippled love blooming in the aftermath of the horrific event.

College freshman Alana Novak still lives at home with her controlling father. She has a baking blog and a habit of breaking curfew, especially since she met her first love, Dakota Bennett. But fate has other things in mind. And when unspeakable tragedy snuffs out Dakota’s life, Alana turns to the only person who shares her grief.

For years, guitarist Mikah Bennett’s existence has revolved around his band, Midnight Rust—he knows they’re about to break out. So when lead singer, Dakota, his younger half-brother, is killed, he’s shaken to his core.

Survivor’s guilt brings Mikah and Alana closer and as they spend more time together, they realize their connection runs deeper than just a trauma bond. The emotion simmering below the surface should feel wrong, but it doesn’t.

Sadly, the deck is stacked against Alana and Mikah. Can love win or are they destined to go their separate ways?

Severance is a standalone new adult romance written in a dual timeline. This book covers a number of sensitive subjects including gun violence, depression, and PTSD. Please see reviews for guidance.

Read on Wattpad for FREE